Welcome back! We are in to the second half of the season and we are on course to have a good season. We are still in the Scottish Cup but our main focus is on the league and aiming for a good finish to the season so we have something to build off over the summer and in to next season. There is a slight chance we can still win the league!

Catch up with the first half of the season here.

We kicked the month off against bottom of the league Stirling. We got our revenge on them from earlier in the season as we comfortably won 2-0 with Boris Melingui and Michael Dangana getting the goals. We faced Edinburgh for the 900th time this season. A dominant win again as we win 4-1. They pulled a goal back after Scott Robertson hacked someone down in the box. A big win against play off chasers Cowdenbeath saw us go top temporarily until Annan play with Sam Jamieson getting a hat trick. We nearly caused an upset in the cup against Championship side Queen Of The South as Scott Robertson gave us the early lead with a drilled shot from outside the area! They equalised early in the second half to send it to a replay. A massive performance from the boys in the replay against Queen Of The South. Two quick goals in the first half helped us on our way to victory before Michael Dangana sealed it late on with a third.

The win against Elgin was because of the Craig Thomson show. Every goal was revolved around him. He scored the first after his free kick hit the wall and he scored the rebound and the second was from the penalty spot. Our third came when Sam Jamieson headed home at the front post from a Craig Thomson corner.

We faced Premiership side Dundee United in the fifth round of the Scottish cup, a game we really didn’t expect to get anything from except a battering. We took them all the way and made them work for it! The game changed just after they went in front and we sent on Gael Bigirimana. With one of his first touches he fired it in to the top corner to make it 1-1. A minute later he was involved again in our counter attack which led to Danny Carmichael putting us in front after cutting in from the wing. Lawrence Shankland broke our hearts as he got his second of the game in the 92nd minute to send it to a replay.

A must win game against Annan and we made the perfect start as Boris Melingui puts us in front from the penalty spot inside 2 minutes. A crazy 5 minutes after Michael Dangana doubled our lead. As Annan pulled level with two goals in a couple of minutes before Boris Melingui restored our lead a couple of minutes later. Sam Jamieson sealed the win early in the second half. A frustrating result against Cove Rangers in tricky conditions as they come from a goal behind to win it in the last minute with a penalty.
A poor performance from us along side Dundee United stepping up a gear from our previous game saw them win comfortably 4-1. We did give the bumper crowed of over 2,500 something to cheer about as Michael Dangana did pull a goal back late in the second half. Dundee United were much better than the first game against them. Peterhead made it 3 defeats in a row for us as another poor performance cost us the chance to close the gap to top spot. Jordan Alexandre pulled a goal back but it wasn’t enough. An unexpected but massive result in terms of our season and the scoreline as we beat league leaders Brechin 5-1 to close the gap to 4 points with a game in hand to close it to one.

A frustrating result against Stranraer as we dominated the game and should have been out of sight but we allowed them to get in to the game and they eventually got the equaliser late on. A 4-1 win against struggling Stirling saw us go back top of the league after Brechin got beat. A much better second half from us against Cowdenbeath meant we were able to over turn a 2-1 defeat in to a 3-2 win. Our goals coming from Tom Bell, Sam Jamieson with our equaliser and Boris Melingui with the winner a couple of minutes later.
A hard fought win against Edinburgh along with Brechin dropping points again as they drew to third place Annan means we are now 2 points clear at the top. Akeem Hinds got our opener with a total fluke as his cross beats the keeper and flies over his head and in to the back of the net. Gael Bigirimana was shown a second yellow meaning we had to hold on for the last 20 with ten men. We were quick out the blocks against Peterhead and we were 2-0 up inside 15 minutes from Michael Dangana and Sam Jamieson, Boris Melingui made it 3-0 inside 20. Jordan Alexandre got our fourth in the second half before Peterhead pulled one back.

We went in to April with a 4 or 5 point gap to Brechin in second. A comfortable win over Elgin despite the stats showing a pretty even game. Boris Melingui got our opening before a Michael Dangana hat trick followed. They pulled one back in the final couple of minutes but they provided no threat to our win. A bore draw against Annan. We probably should of won with the amount of chances we had and could not finish. Boris Melingui and Michael Dangana probably had the best chances but Boris Melingui either hit the post or dragged it just wide while Michael Dangana had a goal ruled out for offside.

If we can avoid defeat to Cove Rangers I believe we will be crowned champions as there is not enough games left for Brechin to catch us! It goes on to the next game, we beat Cove Rangers 2-1 but Brechin won as well to keep them in it. Despite us going behind we managed to turn it around within the first half. Our equaliser was a stroke of luck after the ball hit the bar and rebounded off the back of the keeper. Jordan Alexandre got the winner as he cuts in and fired it in to bottom corner. We go again, avoid defeat to Stranraer and we are champions as with one game left the gap is still to big. We narrowly beat them 1-0. We dominated from start to finish and battered the goal with shots. Craig Thomson with the only goal from one of his deadly free kicks sends us up! WE FUCKING DID IT!! WE ARE CHAMPIONS OF LEAGUE 2! BACK TO BACK PROMOTIONS!

Final game of the season away against runners up Brechin. A fairly even game but we came out with a 2-0 win. Michael Dangana got our opener inside 10 minutes. We doubled the lead in the second half from Gael Bigirimana with one of his first touches after coming on and hits a thunderbolt in to the back of the net. I was tempted to rotate the team for this game until I saw it was Brechin but thought against it as wanted to end the season on a high.

Champions again! Back to back promotions and both from winning the leagues! Also both have been kind of unexpected after the board wanted us to build a team for a few years in the Lowland League. What an achievement from the lads, they have been amazing all season despite a few knock backs we kept getting back up and going again.

We had our youth intake which was okay at best again. Another year of hoping a little gem will come through our youth. Giancarlo Cancelli is the best of the bunch this year and he is also from Canada. Robbie Hanley is another of the better plays to come through this season. The staff seem to rate Grant Doig quite highly but I can not see why.

We had another job offer back in February and this time it was struggling Premiership side Hearts. With our little cup run int the Scottish Cup and playing the likes of Dundee United away in front of over 11,000 people and then bringing them back to our place we made just over 100k which helped massively with the finances. What a season we have had! Looking to next season and we still have no transfer budget to play with but the board have set a target of a mid table finish which I feel we can achieve. The final few minutes of our game against Stranraer was nervous as I was expecting them to get a goal and ruin our party for another day.

We played Sam Jamieson out on the left wing for a major part of this season compared to him playing up top last season. Despite being out on the left wing he still managed to get 15 goals and 10 assists this season. You can expect transfers to happen over the summer. The jump to League 1 could be a big one so we will try and improve the side so we compete and at least survive. We have already let a number of players go as well as Scott Robertson retiring, we have kept a lot on as most are still good enough to do a job in League 1, if not they will be sold.

After talking to the board we have come to an agreement to set up an Under 18’s side from next season. This is a big step to help us continue moving forward and hopefully producing our own players that can play in the first team. With a new team means there has to be a manager right? There was one man who I thought of straight away, yep, Scott Robertson is now our Under 18’s manager! We have also brought in Barry Ferguson and Lee Trundle to help with the Reserves and we will look to bring in help for Scott Robertson and the Under 18’s!

Some of the players we brought in this season never worked for one reason or another, one of them was Jack Breen on loan from Hamilton. He had a number of chances and just never took them, in the end he only played around 8/9 games for us all season. Same with MacKenzie Lawler from Hearts, when he played he never made an impact and he also only played about 7/8 games for us.

I have put the tactic from the last season and a half on to Steam if you are interested in trying it. Feel free to try it and let me know, it is by no means a cheat tactic or an unbeatable one. It does seem to work well in the lower leagues though. 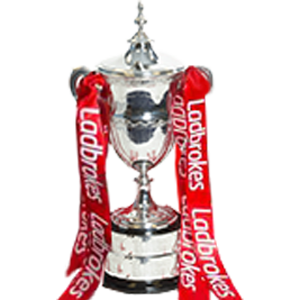 Thanks for reading and I hope you have enjoyed the journey so far and our back to back promotions! Let’s get this trophy added to our growing collection in the trophy cabinet!